It’s almost February, the month of love, friendship, and hearts in preschool!

This activity was not only fun, it was a way to quickly assess each student with alphabet and name recognition. The preschoolers were given a white piece of cardstock and told to paint the whole entire paper. As the hearts and letters began appearing, they were so excited! When the name completely appeared, the reaction was the same from each preschooler – amazement and squeals about how it was his or her name! 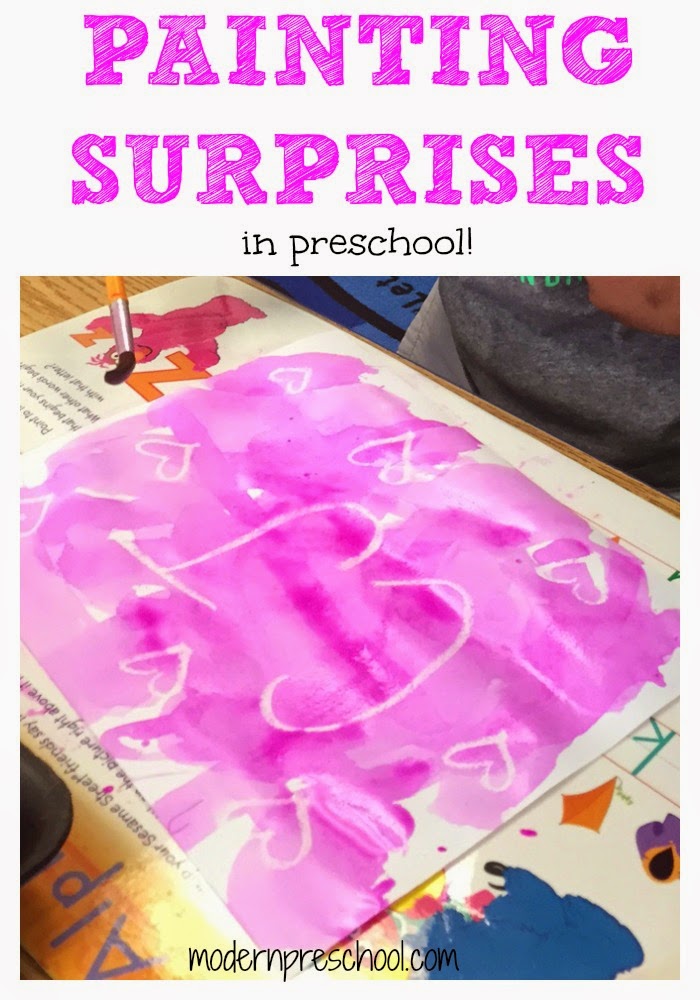 Affiliate links included for your convenience.

I wrote each name with a white oil pastel and added hearts all around the paper.  The preschoolers started painting and their surprises appeared!