Practice early writing skills with shaving cream on the window!

Young learners {think toddlers and preschoolers!} don’t need worksheets to practice their writing skills.  In fact, most toddlers and preschoolers are not ready to be holding pencils and writing on worksheets as part of their “work” during the day at home or in a school setting.  Keep the learning and fine motor skill strengthening developmentally appropriate and super fun! 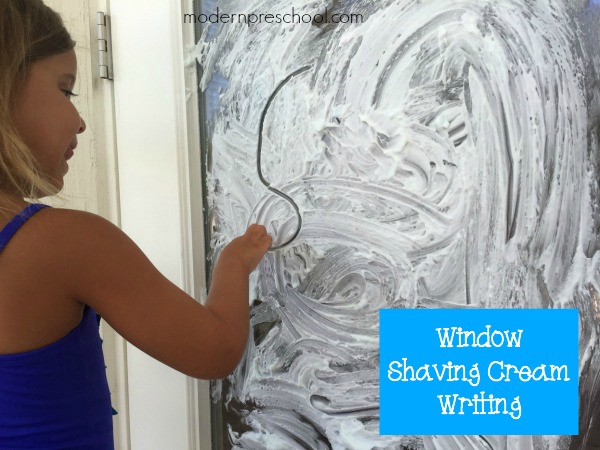 After a bit of shaving cream play on the window, I began asking my preschooler to write or draw more specific things, like letters. 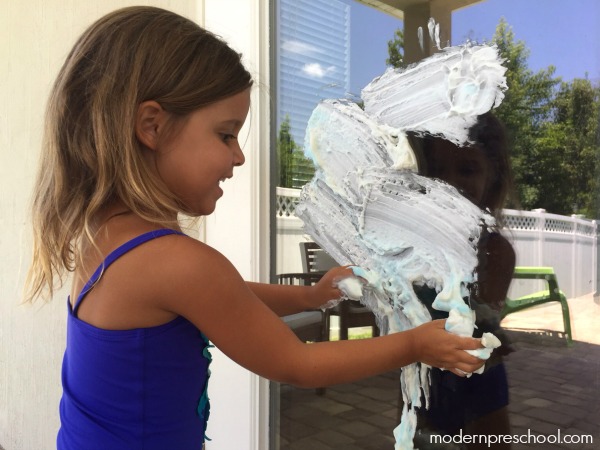 My preschooler practiced drawing people and shapes, and writing letters and words while she was playing in the shaving cream.  We worked on the beginning steps of correct letter formation.  This was easier to do in the shaving cream because she has more control over moving her finger in the correct direction than she does when holding a pencil.  This kind of silly, fun writing practice will make it easier when it’s time to write with a pencil!
Between writing letters and drawing, my preschooler loved adding more shaving cream to the window on her own.  Talk about a great way to strengthen those little finger muscles! 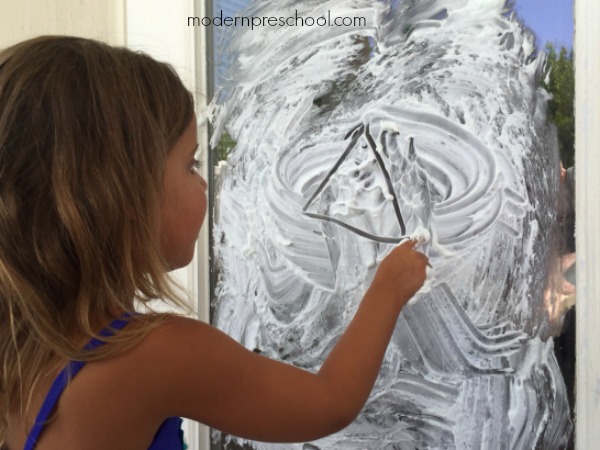 My preschooler is all about spelling words, so I gave her some simple short vowel CVC words to spell on the window.  One thing she liked about writing in the shaving cream was that if she used the wrong vowel when spelling her words, she could quickly erase it and correct it.  This is not so true when she’s using markers and gets frustrated when she has a crossed out letter in the middle of her word. 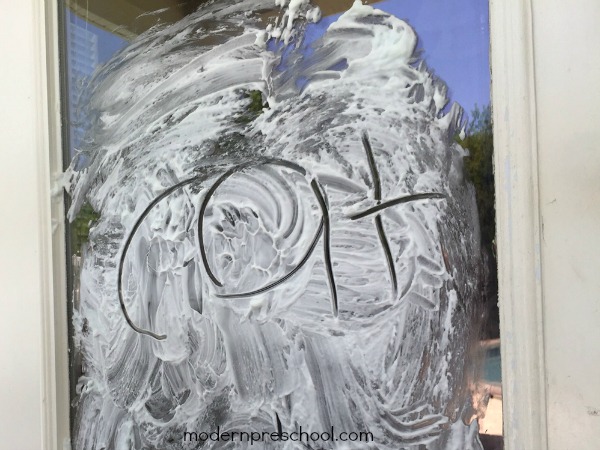 After a little while we changed up the activity.  Instead of her writing on the window, I wrote a bunch of numbers in the shaving cream.  My preschooler had to squish and erase the number that I said.  I would give clues for numbers too instead of just always saying the number.
“Find the number that number comes after 2.”
“What number do you get if you have 2 and add 1 more?” (hold up fingers if needed!) 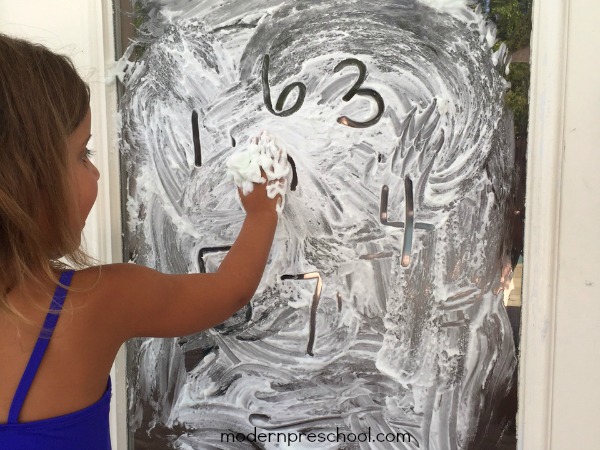 CLEAN UP!
Bringing the shaving cream play outside (and on the window) makes cleaning up a breeze!  Just hose off the window with water.  It took just seconds to clean it all up!
When we play with shaving cream in my classroom, I simply wipe messy hands in a big bath towel.  I find that it comes off easier than trying to wash hands with soap and water.  I hang a towel on a hook during water play and shaving cream play, so that the children can independently wipe their hands when needed. 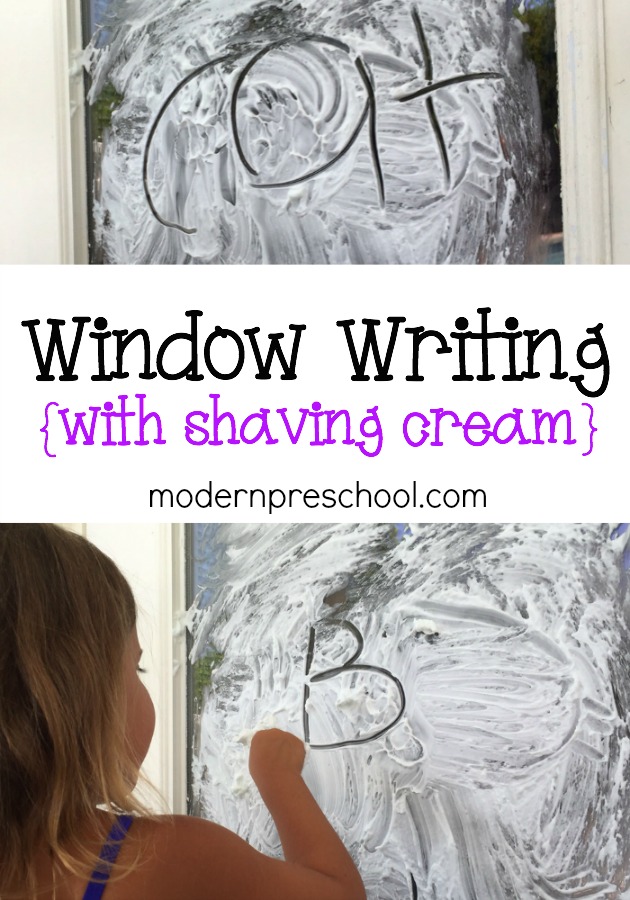 Looking for more ways to play and learn outside?  Check out my Let’s Play Outside page!
Other ideas for moving learning to a vertical surface:
Follow our preschool fun on PINTEREST, FACEBOOK, GOOGLE+, and TWITTER!