The 3 year-olds cannot get enough of themed dramatic play in preschool.  Recently, our kitchen area was transformed into an ABC Market.  The regular pretend food was removed and ABC magnet letters were added.  And TA DA – the fun began!  The simple change brought the fun and learning to a whole new level. 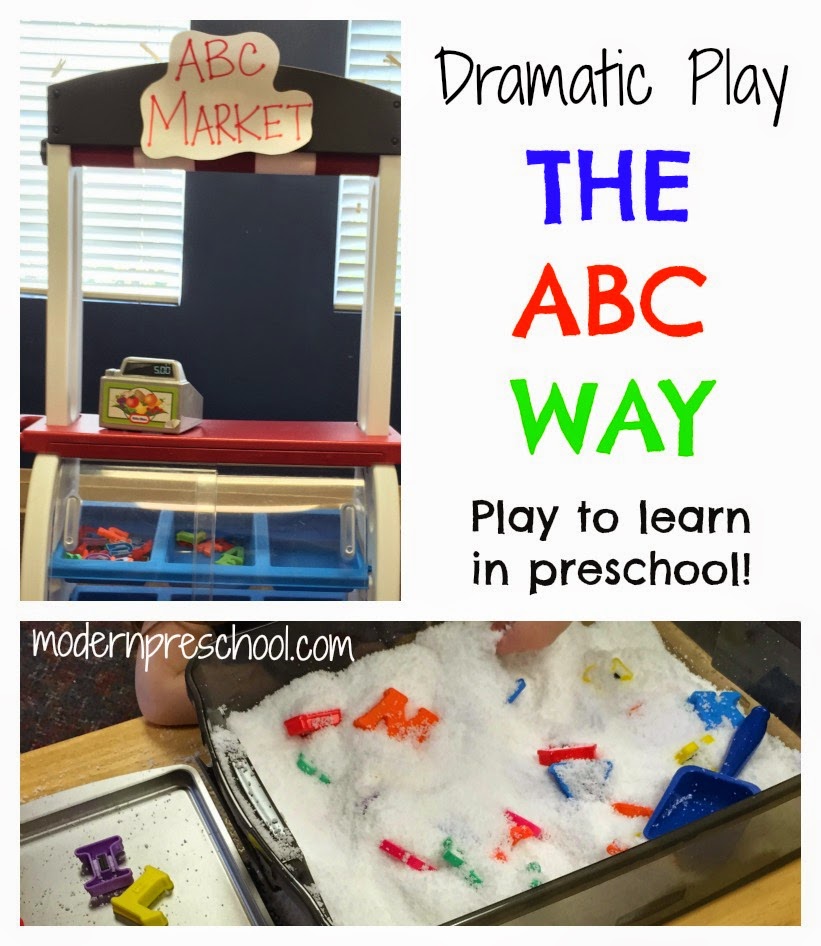 The preschoolers then spent lots of time cooking letters and serving them to their friends, buying and selling letters in the market, and digging letters from the snow to restock the market.  What they thought was just playing and having fun included many learning opportunities!
The one behind the market stand “taking orders” insisted that the customer ask for a color or specific letter when making a purchase.  The kids were seen counting out the number of dollars to pay (after I insisted that nothing should be sold for over $10…I didn’t really want to cut up hundreds of pretend dollars!) and making their version of change.  Manners were being used in the restaurant.  Colors and letters were being chatted about in the adorable preschool way, “Does the red L taste like cherries or strawberries?” “Don’t put any O’s in my juice!”  “Sorry we just ran out of the good letters, do you want a C?”
The preschoolers in both of my class have awesome imaginations which makes our dramatic play areas that much more fun!