Bring the moving and learning outside this summer!

Preschoolers love to be on the move!  Add chalk and fly-swatters to the mix, and the younger kiddos won’t even realize how much learning is going on.  The Alphabet Bug Swat Game is a super fun way to practice letter recognition and colors.  It also works on their gross motor skills by strengthening muscles with those big movements. 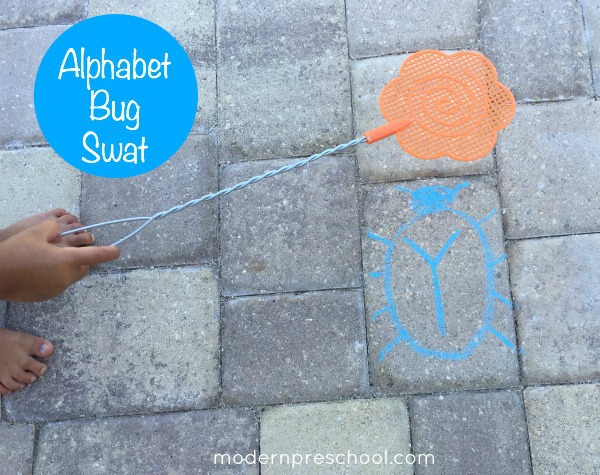 I recently grabbed a couple set of cute flower shaped fly-swatters at the dollar store.  This activity was the perfect time to get them out to play with!
I drew colored bugs (or maybe spiders since they all seem to have 8 legs!) all over our patio with colored sidewalk chalk.
My preschooler’s job was to swat the bugs with the letter I called out before they ran into our pool! {No one likes bugs in the pool at our house!}  She ran around as fast as she could swatting at all the bugs.  She would yell the letter as she swatted at each bug.  She even pointed out all the letters that I missed calling out when I thought the game was over! 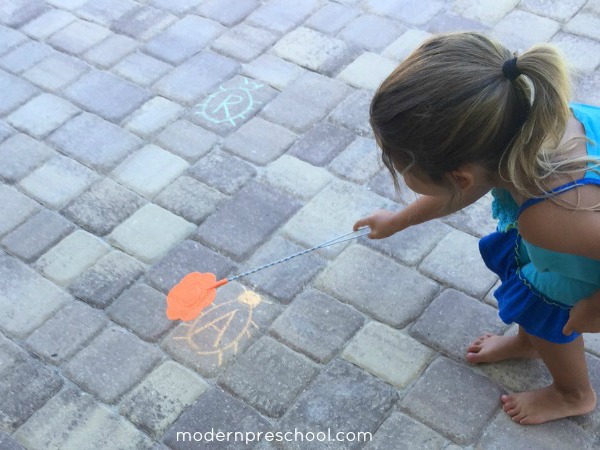 After we played the Alphabet Bug Swat Game a few times, my preschooler decided to make up her own games!
She used the different colored fly-swatters to swat at all the same colored bugs on the patio. The orange fly-swatter for all the orange bugs, the blue for all the blue bugs, etc.
After that she created her own bugs and practiced her letter formation by drawing letters inside them all.   The alphabet bug fun lasted way longer than I predicted!
The Alphabet Bug Swat Game can be played at school and at home! 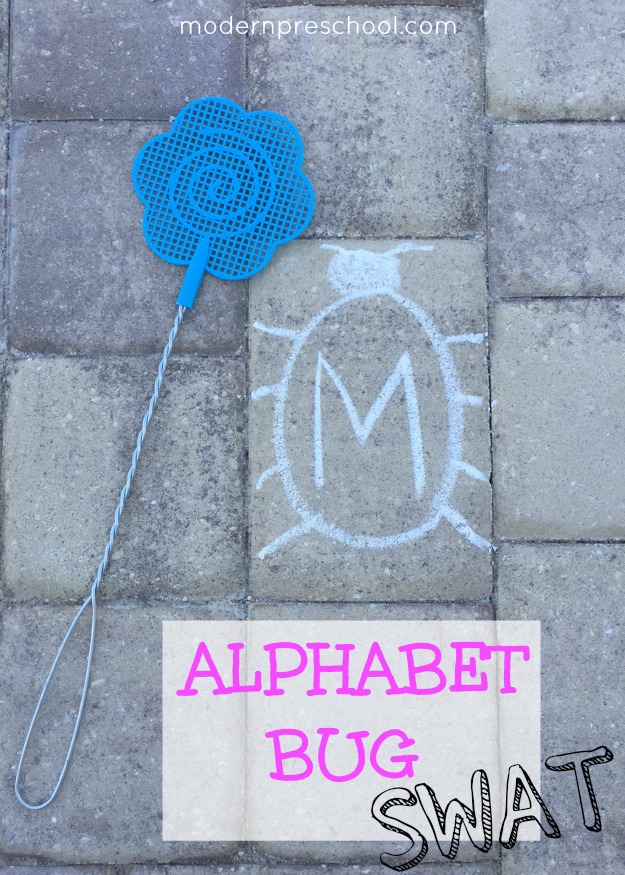