Christmas is such a magical time of year for little kids! I’m not going to lie, it’s pretty magical still for me too.  Between the cookies, the presents, the carols, Christmas lights, and telling Santa all of your Christmas wishes, the excitement can overtake the normal day to day learning activities.  This is why it’s important to keep the learning going during the Christmas season in the most engaging and motivating ways.  The Santa’s Sleigh Alphabet Play Dough Mats are perfect for this time of year!  Preschoolers and kindergartners love them! 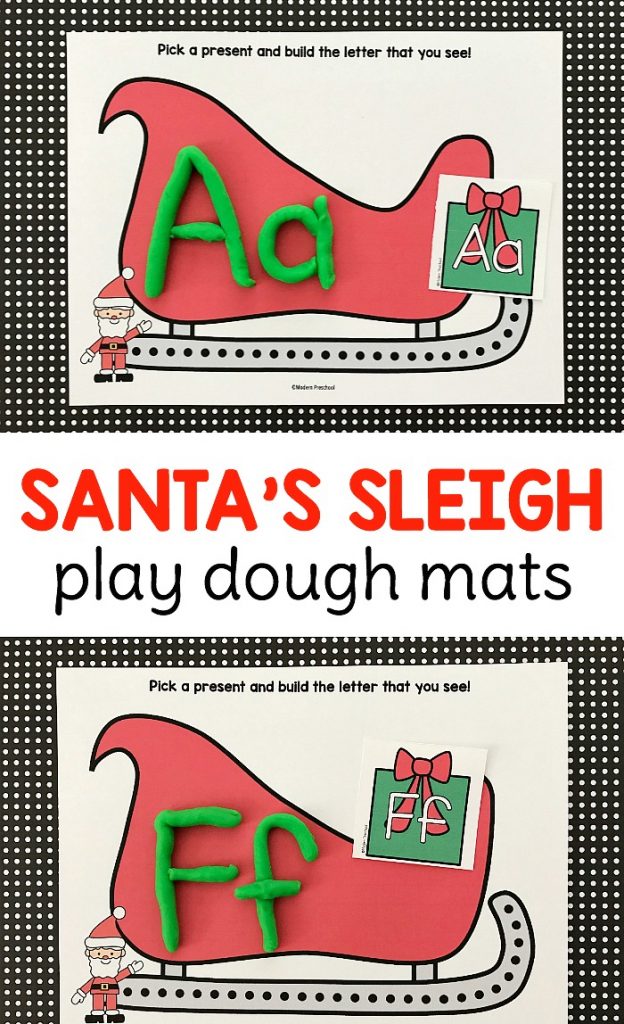 The set of Santa’s Sleigh Alphabet Play Dough Mats are easy peasy to prep!  Just print the file from the pink button below.

The play dough mats includes Santa’s sleigh and 26 present cards.  Each present card has an uppercase and lowercase letter on it. 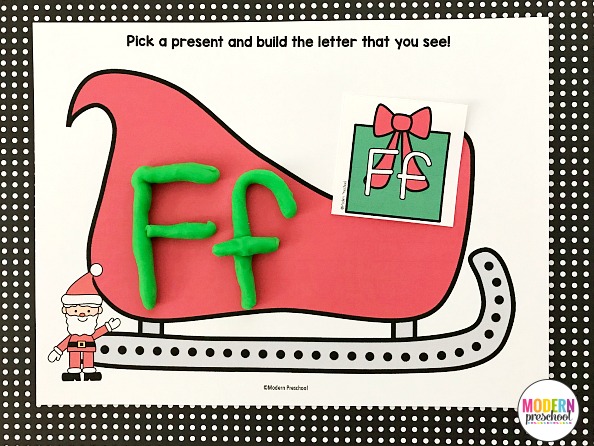 Place the present cards in a basket or pile.  Pull one card from the pile and identify the letter.  Use the play dough to build the letter on Santa’s sleigh.

How to Play & Learn

There are a couple of ways to play that will encourage success and limit frustration.  This is always a good thing to focus on with little learners.

If 26 present cards are too many to work with, pick out just a few letters at a time to work with.  Consider starting with letters that have already been mastered or that are in the child’s name.  As more letters are formed with play dough successfully, add more to the pile. 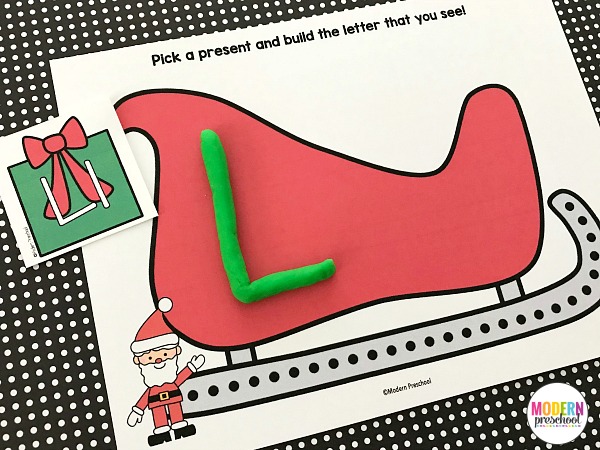 If forming letters with play dough is still a skill being worked on, add the letters to the pile that are easy to build.  I would suggest the letters O, X, T, and C to start with. 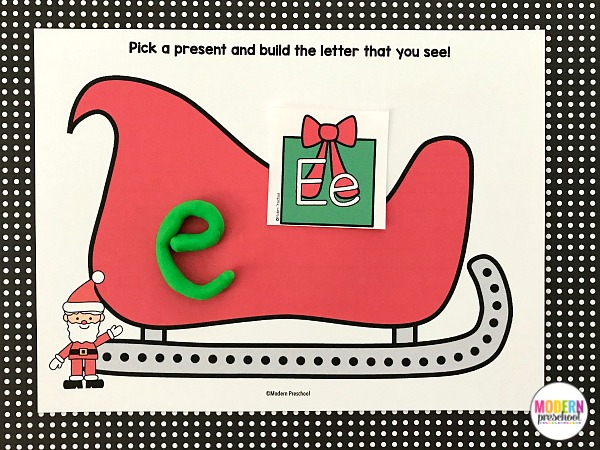 Play dough is such a great material to use to work the muscles in little fingers and hands.  Strengthening fine motor skills takes a lot of work to get ready to write, hold a pencil correctly, use scissors, tie shoes, and button jackets.