My preschoolers love to explore with magnets!  Usually a surprise is involved when magnetic objects are attracted to our magnet wands, which is the best part.  To add a new dimension, we mixed plastic eggs with our magnet wands, and came up with a fun way to figure out which kinds of objects are magnetic and which are not.  The plastic egg magnetic science activity was a hit at home and at preschool!

The supplies are simple and can be changed out to fit your child’s needs, or what you have laying around the house or classroom! 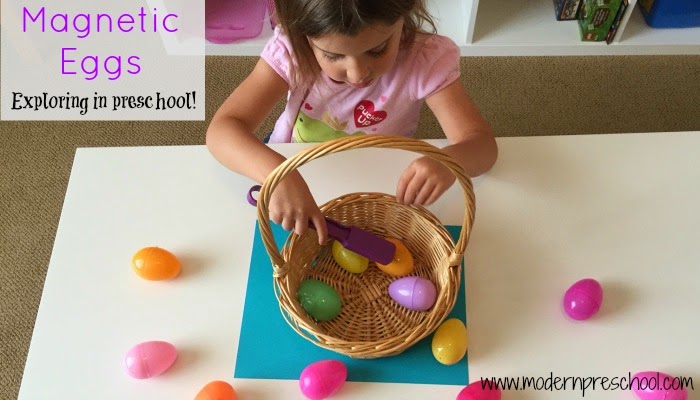 We collected groups of objects and added them to the plastic eggs.  This is a great activity for little fingers.  It takes some concentration because some of those eggs don’t close easily!  I made sure that the objects were both magnetic (here’s a fun set!) and not magnetic so that there would only be some eggs that were attracted to the wand.  After the eggs were filled, it was time to see see what would happen!
Hint…preschoolers LOVE this part! 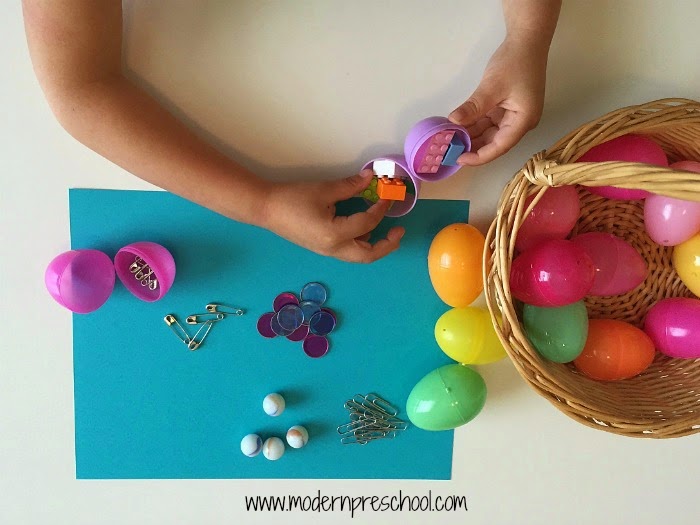 After all eggs were filled, it was time to see what happened!  It was a super fun surprise when the first egg was attracted to the magnet wand!  After the first egg, it was a race to see what other eggs were also magnetic.
Each egg was tested with the wand, and then quickly opened to see what was inside.  After the first 2, predictions were made before opening the eggs back up.
It was quickly discovered that metal objects worked with the wand and everything else did not.
The Legos and marbles were eventually tossed to the side and the eggs were filled up again and again with the paper clips, safety pins, screws, and magnetic coins!  The activity lasted longer than expected and is set up as an independent table area in our classroom. 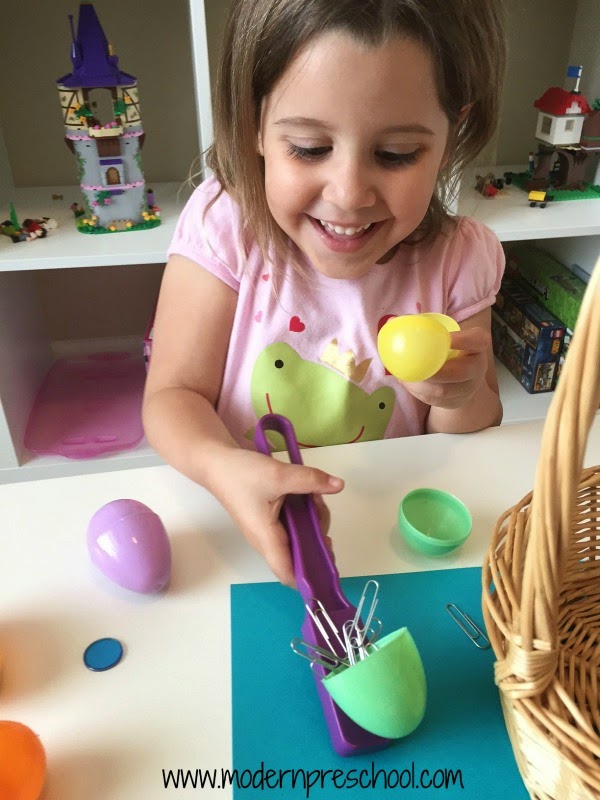 For even more egg fun, try these activities too!