The delicious smell of apple pie is one of my favorite things about fall!  We won’t be making apple pie in preschool this year, but our spin art apple pies still smell just as yummy!  In just a few simple steps and with little assistance, preschoolers can create their own apple scented craft.  Spin art is always a huge hit with my preschoolers!

Affiliate links provided for your convenience. 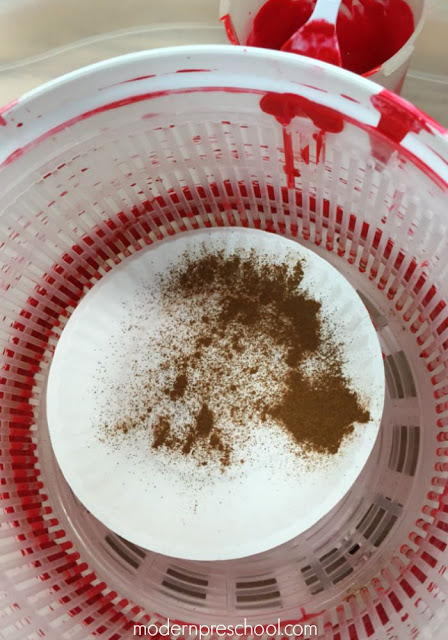 My preschoolers love the salad spinner!  Some of the apple pies had more cinnamon than paint, and some had very little cinnamon.  They all smelled delicious when they were finished! 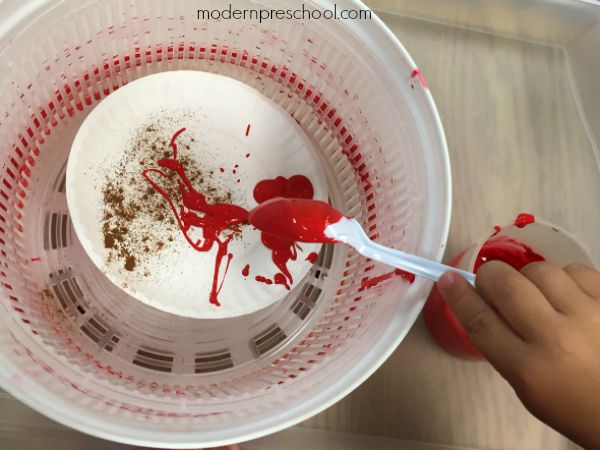 We were working on scooping with the paint and the spoon.  We have used squeeze bottles also to get the paint into the spinner.  Both work!
The salad spinner we use (you can see it online here) needs a tray or something similar under is so that the pain doesn’t make a mess.  There are more fancy (and expensive) versions that you can see here that may not need anything under it when in use with paint! 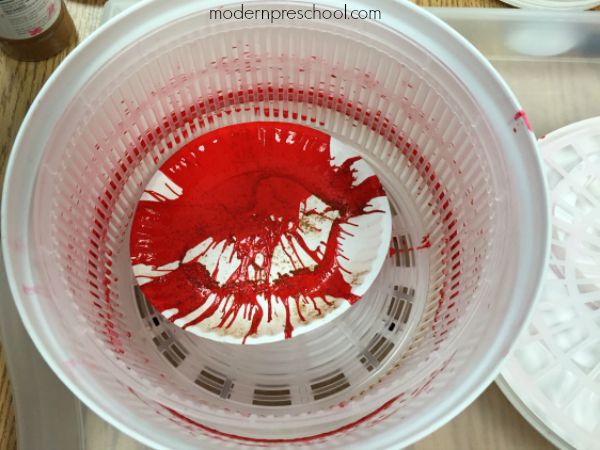 The salad spinner used in spin art is like a secret muscle strengthener for little kids!  Preschoolers build both fine and gross motor skills while spinning.  In my class, there were preschoolers who could just come right up and spin the salad spinner with no problem.  There were others who needed a little help getting it to spin.
Opening the top of the salad spinner may be the best part for me during the whole process!  Each apple pie looks different and has its own unique design, just like the children making them.  The proud smiles and happy squeals of excitement when they see what they have created after spinning like crazy are always super fun too! 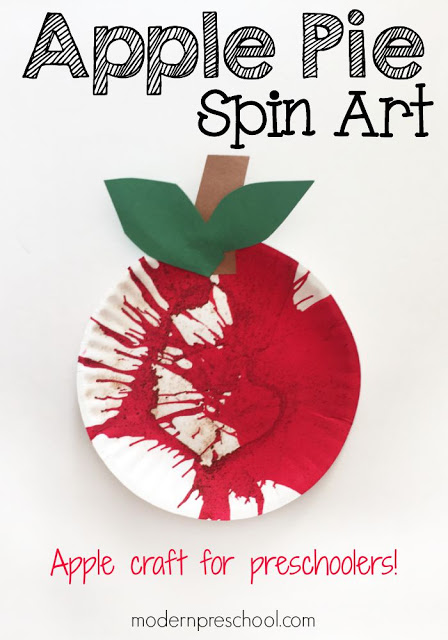